Your generous donation helps fundamentally transform the lives of our veterans, their families, and our communities. In 2020, over 97% of our expenses were directly related to our programs for veterans and service dogs. 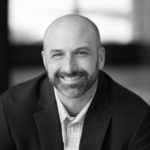 Board Chair: Brian Smith
Brian is a 21 year veteran of the US Army and MN Army National Guard and retired as a Major.  He graduated from University of Northwestern St. Paul and pursued a career in financial services.  He and his wife Angie live in Maple Grove with their two boys Logan and Riley.  Brian enjoys hunting, fishing and coaching basketball.  He is active with his church and several non-profits.

Secretary: Kayla Zubke
Kayla joined Believet in 2016 as a volunteer and has developed into a skilled Believet Lead Trainer and Operations Manager. Kayla has trained dogs and handlers professionally with Sam Daly since 2016. She trains Believet service dogs and veterans, conducts public access tests, as well as training dogs outside of Believet for hunting, family obedience, and AKC retriever performance events. She provides volunteer supervision and mentorship, conducts veteran support, oversees the veteran admissions committee, program development, holds the Secretary position on the Board of Directors, and more.  Kayla holds a B.S. in Psychology from the University of Wisconsin River Falls. 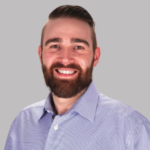 Treasurer:  Austin Stephenson
Austin Stephenson has been a member of the Board since February 2021. “My first pheasant hunting trip to South Dakota when I was 15, and many more since, have been guided by Sam Daly. It was on one of these hunting trips that Sam first told me about Believet, and I knew that I had to get involved. I am excited for the years to come and working to grow Believet so that we can train more dogs to help more veterans.” 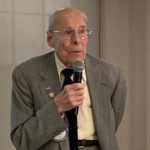 George Wickstrom
George is a graduate of Drake University with a Bachelor of Science degree in business and engineering. In 1965, George moved from Chicago, Illinois, to Faribault, Minnesota. He has a variety of managerial experiences in manufacturing, including working at Nuttings in Faribault. Before retiring, George became a financial advisor at Northwestern Mutual. George is active in several organizations including Hope Center, Salvation Army, and Rotary. As an animal lover, he is a strong supporter of the Believet mission. 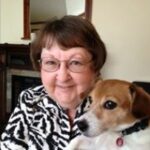 Shirley Rainey
As a new board member, Shirley Rainey brings more than 30 years’ experience working with non-profit organizations in database management and fundraising. Three generations of her family have contributed their military duty to our country. A long-time resident of Faribault, Shirley has a great love of dogs, knowing that Believet trainers choose the very best to become highly trained partners for our veterans. It’s Shirley’s hope to carry forward the incredible mission of Believet and the positive impact it has brought to the lives of the veterans who’ve given so much to us all.

Sina Henry
Sina grew up on a farm northwest of Northfield, MN  spending her childhood around large and small animals. Sina has worked in customer support in circuitry and splicing tapes for most of her career. Her affinity for detailed work has brought her to Believet as a volunteer on the Board of Directors, and helping with administrative duties entering the service dog’s and veteran’s training hours.  “I love dogs and wanted to volunteer somewhere I could be around them. I love to watch the trainers and veterans work with the dogs and am amazed at the wonderful results the dogs provide to veterans in need.”

Director of Operations/Senior Trainer: Justin Ivers
Justin has served as Believet’s Director of Operations since its founding in 2014. Justin oversees all Believet operations including evaluating new prospect dogs, overseeing all dog and handler training, dog care, conducting public access testing, and more.  In addition to being Believet’s Director of Operations, Justin is also Believet’s Senior Trainer, training service dogs and veteran teams.  Justin started his career as a professional dog trainer in 2004. From that time, he has trained professionally with Sam Daly for hunting, family, AKC retriever performance events, and detection.  Justin holds a BA in Graphic Arts and a minor in Criminal Justice from Bemidji State University.

Operations Manager/Lead Trainer: Kayla Zubke
Kayla joined Believet in 2016 as a volunteer and has developed into a skilled Lead Trainer and Operations Manager. Kayla has trained dogs and handlers professionally with Sam Daly since 2016. She trains Believet service dogs and veterans, conducts public access tests, as well as training dogs outside of Believet for hunting, family obedience, and AKC retriever performance events. She provides volunteer supervision and mentorship, conducts veteran support, oversees the veteran admissions committee, program development, holds the Secretary position on the Board of Directors, and more.  Kayla holds a BA in Psychology from the University of Wisconsin River Falls.

Morgan Benson
Morgan started volunteering with Believet training service dogs in 2016. Along with her grandmother, Patty Benson, Morgan has helped train many Believet service dogs. After a year of volunteering with Believet, Morgan started working with Sam Daly learning how to train dogs for family obedience, hunting, and running dogs in AKC retriever performance events.  Her valuable training experience earned her a part-time position as a junior trainer with Believet.  Morgan enjoys fostering Believet puppies, hiking, active in church groups, and has plans to attend Northwestern University as a PSEO student in 2023.